In the good old days, the tobacco industry had a strategic marketing playbook script that worked something like this:

The compelling question asked by researchers Drs. Kelly Brownell and Kenneth Warner is this: How does the script of the modern food industry compare to that tobacco industry script?  END_OF_DOCUMENT_TOKEN_TO_BE_REPLACED 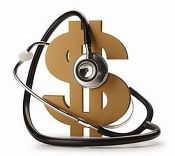 While recent lawsuits and research studies have raised questions about why some stent-happy cardiologists are implanting the tiny metal devices into the hearts of those who don’t need them, the group representing the doctors who implant those stents relies heavily on income from the very folks who make them. So say the Pulitzer Prize-winning investigative journalists over at ProPublica.

For example, the Society for Cardiac Angiography and Interventions (SCAI) received 57% of its total revenues in 2009 from medical device and pharmaceutical makers, according to financial information on the group’s website.

Industry contributions to the society’s budget covered $4.7 million of the $8.2 million it received that year.

The group’s biggest funders are in fact the companies with the biggest share of the stent market: Cordis Corp. (a subsidiary of Johnson & Johnson), Boston Scientific, Abbott Laboratories and Medtronic.

Researchers who study conflicts of interest in medicine say medical societies that receive a lot of industry support are susceptible to taking positions that either promote their sponsors’ products or downplay their risks. END_OF_DOCUMENT_TOKEN_TO_BE_REPLACED