I’d like to wish you an uneventful retirement, even though you and I both know, let’s face it, that you’re swiftly approaching your own Best Before date.  Soon, you’ll be shuffling off to go meet Jesus in person, likely a comforting prospect for a frail almost-86-year old cleric.

Meanwhile, you may wonder why you haven’t heard from me sooner, way back when you first donned your white zuchetto skullcap.   END_OF_DOCUMENT_TOKEN_TO_BE_REPLACED 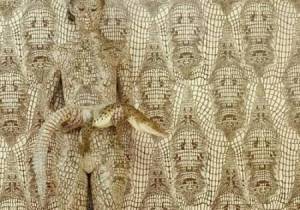 As a recovering Catholic (and educated by the  nuns of Mt. Mary Immaculate Academy, a convent boarding school), I’ve been closely following the systemic child sexual abuse scandals that have disgraced this church for many years.

And as somebody who has spent over three decades in the public relations field, I’ve also been following one inept church leader after another who conspired to protect predator priests in some kind of bizarrely inexcusable attempt to safeguard the reputation of their institution. This was commonly done by simply transferring known abusers from parish to parish where they could then find fresh new victims. Recently, I read this conclusion in a famous report:

“The most saddening finding is the total and consistent disregard by the most senior leaders for the safety and welfare of the child victims. There was no attempt to investigate, to identify victims, or to protect any other children from similar conduct.”

The trouble is, these words were not written about the Roman Catholic church.  END_OF_DOCUMENT_TOKEN_TO_BE_REPLACED

German Cardinal Walter Kasper, an aide to Pope Benedict, had been scheduled to travel with the Pope during his official state visit to the U.K. in 2010. But just before departure, he pulled out of the trip “for health reasons”, according to Vatican spokesman Federico Lombardi.

Perhaps what Lombardi actually meant to say was that the German cardinal seemed quite healthy at the time, but may have feared for his health if he ever sets foot on British soil. That’s because BBC Radio Scotland had reported that Cardinal Kasper actually told the German magazine, Focus:

“Someone landing at Heathrow Airport near London could mistake Britain for a third-world country, given the variety of people there.”

This is yet again another bizarre example of why the Pope and his pals so desperately need to stop talking to the media until they figure out what the heck is wrong with the way their brains are functioning.   END_OF_DOCUMENT_TOKEN_TO_BE_REPLACED

Just for fun when we’re talking shop, my PR friends sometimes like to evaluate escalating public scandals by asking each other: “What do you think might be the best damage control strategy for this crisis?” Here’s an example: over a 15-year period, our local Catholic Bishop Remi De Roo used church funds to invest in a failing horse-breeding venture, all without bothering to ask anybody for permission. In desperation, he then tried to secretly cover his horse-breeding losses with a real estate deal that also went terribly wrong – once again using the church’s money.

For the sake of clarity, let’s call this “stealing”. De Roo’s Catholic diocese was left with a debt of over $12 million to cover his losses. But the church never did press criminal charges against him.

It seems that as far as the Catholic church is concerned, wayward priests who choose to commit crimes – from stealing $12 million to sexually abusing minors – don’t need to face the same legal consequences that you or I would face. And from a  public relations viewpoint, my PR pals agree, that’s a disastrous perception.  END_OF_DOCUMENT_TOKEN_TO_BE_REPLACED

As a recovering catholic myself, I thought Michael Valpy’s column in The Globe and Mail this month should be required reading for the old guy in Rome who is running the world’s most out-of-touch religion. For his illuminating piece on ‘The Troubled Church: Catholics At Crossroads’, Valpy interviewed Gene Grabowski, a leading U.S. expert on consumer product recalls, in a  feature called Sex Abuse: Defences Unacceptable, Solutions Elusive.

This seemingly unlikely linkage – product recall plus catholicism – makes sense. Grabowski is a superstar in the world of public relations (he was named PR Week’s 2007 ‘Crisis Manager of the Year’ for his work on U.S. national recalls of pet food, spinach and 45,000 Chinese toy imports).

And issues management and crisis communication are part of an increasingly important focus in the field of public relations – whether you are in the business of marketing cars or marketing something called faith.  END_OF_DOCUMENT_TOKEN_TO_BE_REPLACED