You may recall seeing Dr. Robert Jarvik‘s pleasant face on your TV screen a few years ago flogging Lipitor, the biggest-selling drug on the planet at that time, earning well over $12 billion a year for Pfizer – the biggest drug company on the planet.

This partnership emerged just as the company was seeking to protect Lipitor from emerging competition by cheaper generics, and just before a U.S. Congressional investigation started looking into Jarvik’s credentials and his controversial role as paid pitchman for the cholesterol-lowering statin drug. END_OF_DOCUMENT_TOKEN_TO_BE_REPLACED 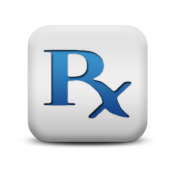 The editors of Consumer Reports Health took a very close look at the recently released list of the Top 10 biggest-selling prescription drugs last year. No surprise that most of the drugs to make this list (based on total dollars spent) are expensive and heavily advertised brand name drugs prescribed for common ailments such as heartburn and high cholesterol.

But oddly enough, many would not be the first picks as recommended by the independent medical experts at Consumer Reports Health.  Here’s the list, along with some of their Best Buy Drugs list alternatives:  END_OF_DOCUMENT_TOKEN_TO_BE_REPLACED 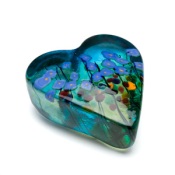 When I was hospitalized after my heart attack, cardiologists immediately prescribed Lipitor, a statin drug which happens to be the biggest-selling drug on earth, made by Pfizer, which happens to be the biggest drug company on earth. My LDL (bad) cholesterol numbers went from 4.1 while still in the Coronary Care Unit down to 1.9 a few short weeks later.

(These are Canadian readings, by the way: to convert from Canadian to American readings, just multiply by 40). That’s quite a spectacular result for lowering one’s LDL cholesterol levels – but the question remains: do I really need to take this powerful cholesterol drug every day for the rest of my life?

Dr. Mark Ebell, a professor at the University of Georgia and deputy editor of the journal American Family Physician, says:

“High-risk groups have a lot to gain. But patients at low risk benefit very little if at all. We end up over-treating a lot of patients.”

END_OF_DOCUMENT_TOKEN_TO_BE_REPLACED

Pfizer, the world’s biggest drug company, sells the world’s biggest brand name drug, Lipitor. According to those busy insiders at Fierce Pharma, this mega-blockbuster cholesterol drug won’t really face marketplace competition until 2011, even though one of the drug’s patents expires this year. And although Pfizer earned $11.4 billion in Lipitor sales last year, that total was a big drop compared to 2008’s $12.4 billion.

After a number of years in the marketplace (usually between 7-12 years in the U.S. and up to 20 years in Canada), a brand name drug’s exclusive patent protection expires, thus opening the market to competition from cheaper generic forms of the same drug.  And when generic drugs become available, the market competition often leads to much lower prices for both the original brand name drug and the generics.  END_OF_DOCUMENT_TOKEN_TO_BE_REPLACED

In the wonderful world of modern medicine, there are pesky little exceptions to every rule.  For example, cardiologists tell us that people with high LDL (bad) cholesterol numbers are more at risk for heart attack. Yet we know that not everybody with dangerously high cholesterol levels suffers a heart attack, and not all heart attack patients have high cholesterol. In France, cardiologists puzzle over the “French Paradox” in which French citizens who eat more high-fat dairy foods, smoke more, and exercise less than all of their European neighbours have one of the lowest rates of heart disease in Europe.

This is what statisticians call intermediate or surrogate endpoints. It means you can’t really predict the final consequences based on how things are going along the way.

Consider the 2010 World Cup in South Africa for a similar illustration of intermediate endpoints. Sports pundits, for example, insist that, generally speaking, the team that can maintain possession of the soccer ball for most of the match will be the team that ultimately wins.  Makes sense, doesn’t it?  However, ball possession alone may not actually mean much at all to the end result.  Here’s why:  END_OF_DOCUMENT_TOKEN_TO_BE_REPLACED

Drug companies are acutely aware of what’s called the ‘patent cliff’, when their expensive brand name medications lose their patent protection, thus opening up the market for cheaper, identical generic competition. This is good news for consumers, but very bad news for Big Pharma. Lipitor*, for example, Pfizer’s blockbuster cholesterol medication, is set to fall off the patent cliff in 2011.

But even last year’s sales of the biggest selling drug on the planet already showed declines due to growing competition from other cholesterol drug manufacturers.  See also: Is Big Pharma Onboard the Titanic? END_OF_DOCUMENT_TOKEN_TO_BE_REPLACED