You may recall seeing Dr. Robert Jarvik‘s pleasant face on your TV screen a few years ago flogging Lipitor, the biggest-selling drug on the planet at that time, earning well over $12 billion a year for Pfizer – the biggest drug company on the planet.

This partnership emerged just as the company was seeking to protect Lipitor from emerging competition by cheaper generics, and just before a U.S. Congressional investigation started looking into Jarvik’s credentials and his controversial role as paid pitchman for the cholesterol-lowering statin drug. END_OF_DOCUMENT_TOKEN_TO_BE_REPLACED

Martha suggests the following conditions that just might turn into potential blockbuster diseases – the ones that Big Pharma hopes you get this year:   END_OF_DOCUMENT_TOKEN_TO_BE_REPLACED

Pfizer, the world’s biggest drug company (at least until their blockbuster cholesterol drug Lipitor truly loses its patent protection for real) has reached a legal agreement in principle to resolve a foreign bribery investigation. A final deal could be struck by the end of the month, according to an SEC filing reported on Pharmalot. Three months ago, Pfizer officials said they had “voluntarily” provided information about “potentially improper payments” made by unspecified Pfizer and its Wyeth subsidiaries in connection with sales activities “in countries other than the U.S.”

The other countries were not named.

The move, as described by Pharmalot, comes amid increased scrutiny by the U.S. government into the pharmaceutical industry and its interactions with foreign health care systems.

“In late 2009, the head of the Justice Department’s Criminal Division warned drugmakers that there will be more criminal enforcement against interactions with foreign officials as they seek violations of the Foreign Corrupt Practices Act (FCPA).”

And he apparently meant it.  END_OF_DOCUMENT_TOKEN_TO_BE_REPLACED 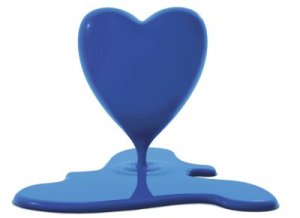 As a heart attack survivor, I’d love to believe that when my doctors read medical journal articles, what they’re reading about new drugs is true. But I might be wrong. Consider, for example, the criticisms aimed at a study published recently in the New England Journal of Medicine by the journal’s own former editor. Dr. Arnold Relman, professor emeritus at Harvard Medical School, not only points out a couple of glaringly obvious omissions in this published research, but he also claims that he would have never have accepted such an article for publication during his NEJM tenure.

The Premier of my lovely province here on the West Coast of Canada promised during our spring election campaign that her government would pay for prescription drugs or products to help British Columbians quit smoking. But a new report in The Tyee suggests that some of the drugs the province wants to fund are controversial.

One of them, varenicline (which is made by drug giant Pfizer and sold as Champix in Canada and Europe, or as Chantix in the U.S.) has been associated with suicides and severe psychiatric side effects.

In fact, here’s what the Institute for Safe Medication Practices, an American non-profit, said about varenicline in its October 2008 quarterly update:

“Varenicline accounted for more reported serious injuries than any other prescription drug for a second quarter, a total of 1,001 new cases, including 50 additional deaths.”

And the government of France last month announced that it will stop paying for varenicline because of serious questions around its safety. END_OF_DOCUMENT_TOKEN_TO_BE_REPLACED

Jim Edwards asks a question that many Big Pharma watchers are asking, too: “What will happen when Viagra goes generic?”  The BNET pharmaceutical writer and former managing editor of Adweek offers this best guess in an AccessRx column:

“When the drug giant Pfizer loses its patent protection for its erectile dysfunction drug Viagra, any drug company will be able to make and sell a cheap generic version of the blockbuster drug. Doctors and lawyers believe that the expiration of Pfizer’s monopoly on the drug will be good news for patients, as it will force competition between Pfizer’s Viagra and the new generic versions, dramatically driving down the price not only of Viagra but also of Eli Lilly’s Cialis and Bayer’s Levitra.

“However, increased options and cheaper prices for patients will lead to some confusion in the marketplace as Pfizer defends the reputation of its original brand and pharmacies become flooded with copycat pills, many of which may be made in China.  END_OF_DOCUMENT_TOKEN_TO_BE_REPLACED