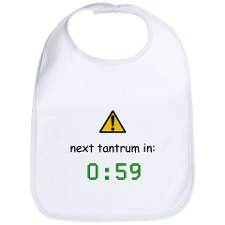 At 18 months, Kyle Warren started taking a daily antipsychotic drug on the orders of a pediatrician trying to quell the boy’s severe temper tantrums. The troubled toddler’s journey from one doctor to another, from one diagnosis to another (involving even more drugs for autism, bipolar disorder, hyperactivity, insomnia and oppositional defiant disorder) was shared recently in the New York Times. The boy’s daily pill regimen multiplied: the antipsychotic Risperdal, the antidepressant Prozac, two sleep drugs, and one for attention-deficit disorder.

And all by the time he was three years old.

He was sedated, drooling and overweight from the side effects of the antipsychotic medicine. Although his mother, Brandy Warren, had been at her “wit’s end” when she resorted to the drug treatment, she began to worry about Kyle’s altered personality. She told the Times:

“All I had was a medicated little boy. I didn’t have my son. You’d look into his eyes and you would just see blankness.”

But today, 6-year-old Kyle is in first grade at school, scoring high marks on his first tests. He is rambunctious and much thinner. Weaned off the drugs through a program affiliated with Tulane University that is aimed at helping low-income families whose children have mental health problems, Kyle now laughs easily and teases his family.

Both Kyle’s mother and new doctors point to his remarkable progress — and a more common diagnosis for children of attention-deficit hyperactivity disorder — as proof that he should have never been prescribed such powerful drugs in the first place.

A Columbia University study recently found a doubling of the rate of prescribing antipsychotic drugs for privately insured 2 to 5-year-olds from 2000 to 2007. Only 40% of them had received a proper mental health assessment – a clear violation of professional practice standards. Dr. Mark Olfson, a professor of clinical psychiatry and lead researcher in the government-financed study, said:

“There are too many children getting on too many of these drugs too soon.”

Such radical treatments are indeed needed, some doctors and experts say, to help young children with severe problems stay safe and in school or day care. In 2006, the FDA did approve treating children as young as 5 with Risperdal if they had autistic disorder and aggressive behavior, self-injury tendencies, tantrums or severe mood swings.  But little Kyle Warren was just 18 months old when his doctor prescribed Risperdal for him. Two other drugs, Seroquel from AstraZeneca and Abilify from Bristol-Myers Squibb, are permitted for youths 10 or older with bipolar disorder.

Even the most reluctant prescribers encounter a marketing juggernaut that has made antipsychotics the nation’s top-selling class of drugs by revenue, $14.6 billion last year, with prominent promotions aimed at treating children. In the waiting room of Kyle’s original child psychiatrist, children played with Legos stamped with the word Risperdal, made by Johnson & Johnson. It has since lost its patent on the drug and stopped handing out the toys.

Read the rest of this New York Times article.

A decision by a South Carolina judge ruling that Johnson & Johnson must pay $327 million for deceptive marketing of its Risperdal antipsychotic will likely hasten a global settlement the health care giant has been pursuing to resolve a raft of litigation and investigations.

The case is the third of 10 state lawsuits over Risperdal marketing, explains Pharmalot, including a Louisiana jury that ordered J&J to pay $257.7 million in damages for making misleading safety claims, plus $73 million in legal fees. A global settlement deal on all charges might total $1 billion for J&J.

Drs. Joseph Biederman, Thomas Spencer and Timothy Wilens disclosed the disciplinary actions against them in a note to colleagues. According to a copy of the note made public upon request by the hospital, the three doctors:

• must refrain from “all industry-sponsored outside activities” for one year

• for two years after the ban ends, must obtain permission from Mass. General and Harvard Medical School before engaging in any industry-sponsored, paid outside activities and then must report back afterward

• face delays before being considered for “promotion or advancement.”

The three doctors have been under the political microscope since June 2008 when Senator Charles Grassley, R-Iowa, began investigating conflicts of interest involving clinicians. Biederman and Wilens have since admitted to accepting $1.6 million from drug companies whose drugs they were promoting; Spencer took $1 million.

Senator Grassley said, according to an online version of the Congressional record:

“These three Harvard doctors are some of the top psychiatrists in the country, and their research is some of the most important in the field. They have also taken millions of dollars from the drug companies.”

8 thoughts on “JUST SAY NO to antipsychotic drugs for toddlers”