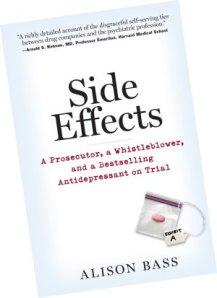 Here’s more this month from investigative journalist Alison Bass, author of the book Side Effects: A Prosecutor, a Whistleblower, and A Bestselling Antidepressant on Trial:

“The same drug giants paying millions of dollars to settle claims that they engaged in illegal and improper marketing of anti-psychotic drugs in the U.S. are even now looking for new worlds to conquer. Consider the study published in the Archives of General Psychiatry. It surveyed more than 60,000 adults in 11 countries in Eastern Europe, Asia and South America and concludes that the treatment needs for people with bipolar disorder are “often unmet, particularly in low-income countries.”

“That may indeed be true. But I’d find this result a lot more believable if the study were not funded in large part by the same pharmaceutical companies who make the atypical anti-psychotics used to treat bipolar disorder: Eli Lilly (which makes Zyprexa), Janssen (the unit of Johnson & Johnson that brought us Risperdal), Pfizer (Geodon), Bristol Myers Squibb (Abilify), GlaxoSmithKline (Lamictal), and Novartis (Fanapt).

“The fact that one of the study’s primary authors is a long-time paid consultant for the drug industry also gives me pause, particularly since this researcher has been carrying water for the industry for years. I am referring to Dr. Ronald Kessler, an epidemiologist at Harvard Medical School, whose specialty is publishing alarmist studies about the increasing problem of mental illness among various populations — a problem, of course, that can only be solved with drug treatment. 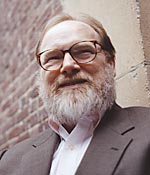 “In 1999, for example, Kessler co-authored a widely publicized study showing that depression was afflicting more children than ever before; you may recall this was right around the time that Eli Lilly, Pfizer, GlaxoSmithKline and Forest Labs were ramping up their highly successful efforts to market antidepressants like Prozac, Zoloft, Paxil and Celexa to children and adolescents (and hiding the dangerous side effects of these drugs while doing so).

“In 2001, Kessler (and co-author Martin Keller of Brown University) struck again with a study purporting to show that a significant number of the world’s population is plagued by chronic and excessive anxiety — severe enough to require drugs. Like Keller, whose myriad conflicts I exposed in Side Effects, Kessler was a paid consultant at the time for GlaxoSmithKline and other companies who were also marketing their antidepressants as anti-anxiety agents. In 2007, he co-authored yet another finding declaring that one in four adults have symptoms of mental illness but only a third of them are receiving effective treatments (read drugs).

“Then in 2008, in perhaps his most bizarre contribution, Kessler was among the authors of a controversial commentary in Nature that heralded a new era of “cognitive enhancement” — the use of brain-stimulating drugs in healthy people. Kessler and his co-authors argued that competent adults should be able to freely indulge in such drugs and noted that this was already happening among undergraduate and graduate students trying to boost their academic performance with drugs like Adderall and Ritalin, which contain amphetamines.

“As one pediatrician who criticized the commentary told the San Francisco Chronicle, their arguments will only “fuel the fire of what we call prescribing pressure” even though the drugs in question have “very significant side effects.”

“To its credit, the Chronicle article noted that Kessler and another co-author of the commentary were consultants to the same drug companies that stood to gain handsomely from their rhetoric.

“Kessler currently serves on the board of an advocacy group for child mental disorders with none other than Joseph Biederman, the Mass General Hospital psychiatrist who was a major proponent of expanding the definition of childhood bipolar disorder so that more and more children could be diagnosed with it and treated with powerful anti-psychotic drugs.

rman came under fire from the Senate Finance Committee for failing to disclose his extensive financial ties to companies that make these anti-psychotics. (Biederman’s failures to disclose have been under investigation* for the past two years by Harvard Medical School, in what must be the longest investigation in that school’s history).

“But getting back to Kessler, if you read the fine print at the end of the latest Archives bipolar study, you can see for yourself the long list of drug companies whose generous payments have been padding his salary at Harvard over the years.

“That list may help explain why I find the latest pronouncements about the unmet treatment needs of bipolar patients around the world so hard to swallow. What this study mainly indicates to me is that the psychiatry profession and its journal handmaidens are still singing the same tired old tune at the behest of drug companies.

“To borrow a better tune (from Joan Baez):

Read the original from Alison Bass.

Drs. Joseph Biederman, Thomas Spencer and Timothy Wilens disclosed the disciplinary actions against them in a note to colleagues. According to a copy of the note made public upon request by the hospital, the three doctors:

• must refrain from “all industry-sponsored outside activities” for one year

• for two years after the ban ends, must obtain permission from Mass. General and Harvard Medical School before engaging in any industry-sponsored, paid outside activities and then must report back afterward

• face delays before being considered for “promotion or advancement.”

The three doctors have been under the political microscope since June 2008 when Senator Charles Grassley, R-Iowa, began investigating conflicts of interest involving clinicians. Biederman and Wilens have since admitted to accepting $1.6 million from drug companies whose drugs they were promoting; Spencer took $1 million.

Senator Grassley said, according to an online version of the Congressional record:

“These three Harvard doctors are some of the top psychiatrists in the country, and their research is some of the most important in the field. They have also taken millions of dollars from the drug companies.”