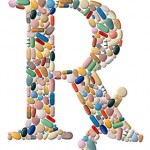 The drug company Novartis has agreed to pay $422.5 million in criminal and civil penalties for promoting illegal use of its epilepsy drug Trileptaland five other Novartis drugs, the U.S. Department of Justice announced recently. The cases charged the company with promoting off-label use of Trileptal for medical conditions it had not been tested or approved to treat, and also for its illegal targeted marketing efforts.

The marketing efforts that prosecutors took exception to included paying kickbacks to physicians to encourage them to prescribe more of these drugs.

Now, that word kickbacks is a loaded word, and one that I’d imagine the docs who have been accepting this drug money would not likely ever use themselves.   END_OF_DOCUMENT_TOKEN_TO_BE_REPLACED