Drug giant AstraZeneca has been working on a back room legal settlement deal with the U.S. government since last fall. And according to a New York Times investigation, the company has earmarked $520 million for the purpose.

According to the Times, the final arrangement will wrap up two federal investigations: one related to doctors who participated in clinical trials of the drug and another involved the company’s sales organization. The company allegedly misled both doctors and patients about the safety of its atypical anti-psychotic drug Seroquel, downplaying the known risks of weight gain and diabetes.

AstraZeneca has repeatedly denied any wrongdoing.

The drugmaker will pay $520 million in criminal fines and sign a corporate integrity agreement to settle probes into its marketing of the anti-psychotic drug. But the company will not face any criminal charges.   END_OF_DOCUMENT_TOKEN_TO_BE_REPLACED 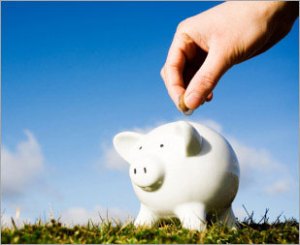 It paid nearly $1.2 billion in criminal fines for the way it pushed Bextra – the largest fine the U.S. government has ever collected from a drug company. It paid a billion dollars more to settle a batch of civil suits –  although it denied wrongdoing – on allegations that it illegally promoted 12 other drugs. In all, Pfizer, the world’s biggest drug company, lost the equivalent of three months’ profit.

The story began in 2001, when Pfizer’s painkilling drug Bextra was about to hit the market. The drug was part of a revolutionary class of painkillers known as Cox-2 inhibitors that were supposed to be safer than generic drugs, but at 20 times the price of ibuprofen.

Pfizer and its marketing partner, Pharmacia, planned to sell Bextra as a treatment for acute pain, the kind you have after surgery. But in November 2001, the U.S. Food and Drug Administration said Bextra was not safe for patients at high risk of heart attacks and strokes.

The FDA approved Bextra only for arthritis and menstrual cramps. It rejected the drug in higher doses for acute, surgical pain.  END_OF_DOCUMENT_TOKEN_TO_BE_REPLACED