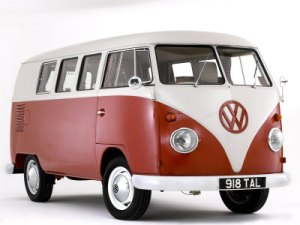 Conflict of interest disclosure time:  I’ve been a sucker for Volkswagens since the day my Dad drove home that new 1960 VW microbus. I later drove VWs for 26 years – yes, even when I worked in PR for Mercedes-Benz, enduring merciless teasing as I putt-putted my VW into the Benz staff parking lot each morning.

I’ve also been a mega-fan of Volkwagen advertising over many years. Remember the classic 1960s Beetle ad that asked: “Did you ever wonder how the man who drives the snowplough gets to the snowplough?”

Or even before then, the signature Think Small campaign created by Manhattan’s  Doyle Dane Bernbach (DDB) agency in the 1950s? This VW ad series, in fact, was ranked as the best advertising campaign of the twentieth century by Advertising Age. Adman pundit Jerry Della Femina has written:

“In the beginning, there was Volkswagen. That was the day when the new advertising agency was really born.”

Fast forward to 2012 and a new VW ad campaign is coming down the pike. Take one fast car, two different types of cameras, and a ton of empty parking spaces. Driving can be beautiful, but it takes a lot of work.

Watch what went into creating this Volkswagen Canada ad for the 2012 Jetta. It’s centered on a 30-second TV commercial that shows the Jetta GL highlighting its performance capabilities by creating a light painting, using its headlights and tail lamp, as it races around a darkness-shrouded parking lot. The effort features the tagline “Driving can be beautiful.”

Christina Yu, of the ad agency Red Urban in Toronto who developed the ad, explained to Strategy:

“When we first started, the question was: ‘Can we do it for real?’ Since no one had light-painted with a car before, we were forced to figure out the solutions as we went. Such an innovative undertaking felt pretty suitable for what we think is a really innovative vehicle.”

The spot was created in collaboration with Academy Award-nominated documentary filmmaker Hubert Davis who, with the help of Adam Marsden, developed a new filmmaking technique in order to capture both the vehicle’s high-speed manoeuvring and long-exposure pics of the subsequent light trails from the exact same angle.

It concludes with a shot from 150 feet above the parking lot that reveals the finished product: a light painting of the VW logo.

“VW hasn’t generated a real water-cooler ad (one that really gets talked about among co-workers or gets written up in blogs or ad columns) in years.”

But the issue may not just lie with the revolving door of VW’s ad agencies over the decades. Maybe it’s my beloved car itself?  That’s what Chicago ad guy Steffan Postaer says on his blog called Gods Of Advertising: We Make You Want What You Don’t Need.

Steffan should know, with his impressive porfolio of high-profile ad credits you may recognize (good ones, like those cheeky ads for Altoids: The Curiously Strong Mints, or the far-less-good Not Your Father’s Oldsmobile snore fests). He says this about Volkswagens:

“VW has got to be the most underachieving car brand in the world. Always flirting with being great, but never achieving it.

“VW is like someone’s troubled big sister: sexy, beautiful, well-heeled, but she just can’t get her act together. Always in the conversation, but never in the driveway. What’s her problem? She has everything going for her. Poor girl. What a shame.”

On the other hand, consider Volkswagen’s 2009 “Fun Theory” campaign, a series of experiments, captured on video, to find out if making the world more fun can improve people’s behaviour. The top video, Piano Stairs, has so far attracted over 16 million views on YouTube as it asks the question: does turning a set of subway stairs into a real-life piano encourage people to use them instead of an escalator? (Answer: yes, in fact, 66% more).  And the campaign barely mentions Volkswagen – just a subtle logo at the very end of each short video.