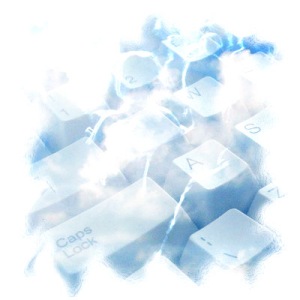 With a university degree in biology, young David landed a new job with a medical communications company. His first writing assignment was to produce scientific abstracts for studies of a newly approved antibiotic. Alas, the drug had a major weakness: it didn’t work on pneumococcus, a common bacterium. But this wasn’t something the drug’s manufacturer (David’s client) wanted doctors to know.

So David and his fellow medical writers were ordered to just avoid writing about it.

The way Dr. Carl Elliott tells David’s story, this scenario is but one small example of how Big Pharma has influenced what’s been called “marketing-based medicine”. Dr. Elliott, who teaches at the University of Minnesota’s Center for Bioethics and is the author of White Coat, Black Hat: Adventures on the Dark Side of Medicine, explains how David’s writing fits into the journey of a new drug from the research lab all the way to your bathroom  cabinet:

“1.  With the help of a medical communications firm, a drug company will prepare the ground for a new drug’s launch with review articles, letters and case reports, all designed to demonstrate how badly the drug is needed and how inadequate the competition is.

“2.  The company will design clinical research trials to show that the drug is safe and effective; if the trials are positive, the company will publish them, and if they are negative, they may hide or bury them.

“3.  Once the drug is on the market, the company will design clinical trials to fend off competition, to counter potential criticism, or to achieve further regulatory approval for other indications.

“4.  Once published, these new studies will be copied and distributed to your doctors by the company sales force called drug reps.

“5.  The marketing message will be reinforced by an ongoing communications strategy involving Continuing Medical Education events, conference presentations and satellite symposia – many of which will generate media attention with the help of a public relations firm.”

Very early on in this drug marketing journey, Dr. Elliott explains, a medical communications firm like David’s (along with the drug company that’s paying for his services) will agree on a title for a new journal article about the drug. They’ll also decide on a well-respected person, usually an academic physician, who will claim to be the author of the article that David will write.

The medical communications firm then asks this “thought leader“ (as Big Pharma likes to call these hired physicians) to pretend to be the “author” of the article, sometimes in exchange for a fee. The ghostwriter (that’s what David is called) will write the article, or perhaps an extended outline containing the message the drug company wants to include, and send it along to the physician, who may make some changes or simply sign it as written and submit it to a medical journal.

By this time, the article is scrubbed clean of any mention of the ghostwriter, the medical communications firm, or the pharmaceutical company paying the bills. David says he rarely even sees the published medical journal articles he writes.

According to many reports, as in the journal Perspectives in Biology and Medicine (Winter 2007), this practice of medical ghostwriting is

“…harmful both to the public and to the institutions of science, and it is not justified by an analogy to accepted scientific authorship practices.”

Unfortunately for us patients, this marketing journey is what Dr. Elliott calls a “familiar pattern” in drug marketing by now.

In another article published in the journal Bioethics that he co-wrote with his University of Minnesota colleague Dr. Amy Snow Landa, he explained another alarming potential outcome:

“A new drug appears on the market and appears to be a stunning success. The clinical trials look excellent; doctors prescribe the drug enthusiastically; it earns billions of dollars in profits.

“But after a few fat years, the problems with the drug begin to emerge: cardiovascular disease, diabetes, pulmonary hypertension, suicidal ideation.

“During litigation, it becomes apparent that the company has known about the problem for years, but has managed to hide, spin or downplay the risks in its scientific publications, many of which have been produced by ghostwriters working for medical communication agencies. Yet so convincing are those publications that, until the litigation, few suspected they did not represent legitimate science.

“While ghostwritten articles play a role in this deception, they are only one piece of a much larger problem. That larger problem is the manipulation of medical research for marketing purposes.

Dr. Horton adds that research studies funded by a drug company are four times more likely to have results favourable to the drug company than studies funded from other sources.  The former Lancet editor reminds us of the ethical dilemma facing medical journal editors who accept these tainted papers for publication:

“Journal publishers know that pharmaceutical companies will often purchase thousands of dollars’ worth of reprints, and the profit margin on reprints is likely to be 70%. Editors, too, know that publishing such studies is highly profitable, and editors are increasingly responsible for the budgets of their journals and for producing a profit for the owners.

“Many journal owners – including academic societies – depend on profits from their journals. An editor may thus face a frighteningly stark conflict of interest: publish a research trial that will bring $100,000 of profit, or meet the end-of-year budget by firing an editor.”

The potential harm caused by what Dr. Horton calls this “information laundering” can be significant.  Doctors read the medical journals that agree to publish these bought-and-paid-for articles that are based on potentially selective outcome reporting. We know that medical journal articles do influence the medication prescribing practices of these doctors. Patients take drugs that may or may not be harmful to us.

As a heart attack survivor who now must take a fistful of cardiac meds every day, I have no clue which have been prescribed for me based on flawed research or tainted journal articles. And neither do my doctors.

Many drug companies have come under fire for the practice of medical ghostwriting. Senate investigations found not only that drug giant GlaxoSmithKline had “downplayed scientific findings” to minimize the  cardiac risks of its diabetes drug, Avandia, but that the company had used a ghostwriting campaign to help market the drug. The company had oh-so-cleverly dubbed the ghosting effort “Case Study Publication for Peer Review,” or CASPPER.)

But years before the Avandia scandal, GSK had paid $2.5 million to the State of New York to settle a lawsuit alleging that it had concealed studies suggesting an increased risk of suicidal behavior in children and teenagers taking Paxil, most notoriously in an ghostwritten article that fraudulently claimed to be “authored” by Dr. Martin Keller of Brown University.

One 2003 study in The British Journal of Psychiatry found that ghostwriters working for a single medical communications firm had produced more than half of all medical journal articles published on the anti-depressant drug Zoloft over a three-year period.

And Wyeth Pharmaceuticals Inc. (makers of now-discredited HRT drugs Premarin and Prempro) paid the medical communications firm DesignWrite to create over 50 peer-reviewed articles and over 50 scientific abstracts and posters, journal supplements, internal white papers and slide kits between 1997 and 2003. These were then falsely attributed to well-known academic “authors” and used to promote unproven benefits and downplay the known harms of Wyeth’s menopausal hormone therapy – and to cast competing therapies in a negative light.

Find out more about the unethical Big Pharma practice of medical ghostwriting in:

* “Medical Journals are an Extension of the Marketing Arm of Pharmaceutical Companies“, published in the journal Public Library of Science Medicine – 2005; 2(5): e138.