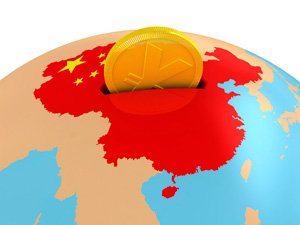 Let’s say you are a heart attack survivor like me, who must now take a fistful of cardiac drugs every day.  And let’s say one of them is Crestor, a drug manufactured by the U.K – Sweden based pharmaceutical company, AstraZeneca. But today you learn that AstraZeneca plans to move all drug production of its “active pharmaceutical ingredients” from the U.K. to China.

Next, you find out that the world’s biggest drug company, Pfizer – manufacturer of both Norvasc (your calcium channel blocker drug) and Accuretic (your ACE inhibitor) – is doing the same thing.

Pfizer plans to close its Connecticut plant and expand operations in Wuhan, China, where hundreds of new jobs will be added.  Pfizer is also expanding in Shanghai.

The list gets longer. The drugmaker Novartis (creator of many ‘over the counter’ drugs like Maalox, ExLax, Buckley’s, Bufferin, as well as generic prescription drugs like amoxicillin and fentanyl) has just announced a $1 billion investment that will create China’s largest pharmaceutical plant. Eli Lilly (makers of many diabetes drugs, plus Cymbalta, Prozac, Cialis) has just axed 5,500 North American jobs, and is adding 2,000 jobs at its China plants. Contract drug sales rep firms are ramping up in China to serve these companies.

Outsourcing to China is part of a disturbing Big Pharma trend. Drug companies with massive Western operations are shutting them down and moving them to China to reduce costs. The question you should be asking now is: “How will our government regulators monitor drug safety if all the factories are in China?” END_OF_DOCUMENT_TOKEN_TO_BE_REPLACED