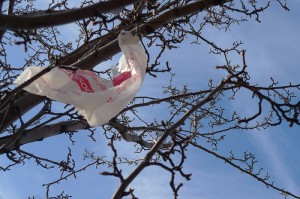 Why do I feel like a slightly dull-witted school child when browsing the consumer websites run by the oh-so-clever American Chemical Council Inc., a trade and lobby group for the chemical industry? Come to think of it, I spent 20 years of my life living with a chemistry geek – and I often felt that same way then, too. It always seemed that if only I were better able to pay attention to what chemists were telling me, they would somehow all make perfect sense.  Trouble is, they don’t. Still.

It’s been said that the American Chemical Council Inc. (ACC) has never met a chemical it didn’t like. This is a powerful advocacy group for a chemical industry dream team whose membership includes heavy hitters like Monsanto, Exxon, Bayer, Merck, Chevron, DuPont and many more.

Their collective power extends much farther than you might imagine.  For example, the ACC has even convinced the entire California Department of Education to rewrite the state’s environmental textbooks and teachers’ guides to include positive statements about plastic grocery bags.

According to PR Watch (August 23, 2011), a report from The Center for Investigative Reporting revealed that the ACC wrote a letter to California’s education department officials that said in part:

“To counteract what is perceived as an exclusively negative positioning of plastic bag issues, we recommend adding a section here about the benefits of plastic shopping bags.”

“Plastic bags don’t start out as litter; they become litter.”

The state’s final document was, in fact, edited to contain a new section titled “Advantages of Plastic Shopping Bags”, exactly as the American Chemical Council Inc. had recommended.

This title and some of the newly-inserted textbook language were lifted almost verbatim from letters written by the ACC. A private consultant hired by California school officials even inserted a question into an environmental workbook quiz asking students to list some advantages of plastic grocery bags. The correct answer to the question (which is worth five points) is:

“Plastic bags are very convenient to use. They take less energy to manufacture than paper bags, cost less to transport, and can be reused.”

These textbook changes were made in 2009, and coincided with ACC’s nationwide PR and lobbying push to beat back efforts to enact laws and ordinances banning plastic grocery bags.

So what’s the big deal about plastic bags? Here’s what the World Wildlife Federation has to say:

“We should help our students ask: who owns this message about the benefits of plastic bags? And who stands to profit or gain from it?”

One high school librarian from Santa Cruz has gone one step further. Enraged by news of the American Chemical Council’s influence on her school’s textbooks, Veronica Zaleha started a petition asking the state to remove what she calls “harmful and misleading” information in these texts. On the petition site, Change.org, she explained:

“The recent insertion of pro-plastic bag text into California’s state curriculum by the American Chemistry Council (a lobbying arm of the chemical industry that makes plastic bags) is absolutely inexcusable.

“Industry lobbyists have no business editing state curricula, especially when the information encourages poor environmental practice and is disputed by factual evidence.”

When the city of Seattle passed an ordinance in 2009 to help reduce the use of plastic grocery shopping bags by imposing what was called the Seattle Green Bag Fee, opponents of the fee rallied.

Or did they? An opposing “consumer group” calling itself the “Coalition to Stop the Bag Tax” turned out to be, not surprisingly, fully funded by the American Chemical Council Inc. The plastics industry bankrolled a referendum to put the question to voters, and then outspent the anti-plastic environmental movement by 15 to one to defeat the bag fee.

As one Seattleite observed in the Post-Intelligencer:

“The American Chemistry Council opposes this legislation for one simple reason: they are profiting from the sale of disposable plastics, like bags.”

Here is a very handy consumer website run by your very brainy friends at the American Chemical Council Inc.  In case you are still confused about all the bad things you may have heard about environmental problems associated with the utterly innocent plastic shopping bag, this site will set you straight:

The ACC also hosts several other consumer-friendly sites such as:

This year alone, the American Chemistry Council spent $1.65 million in the second quarter to lobby the U.S. government on issues ranging from greenhouse gas emissions to anti-terrorism security for chemical facilities, according to a recent disclosure report. That’s up from $1.33 million in lobbying expenditures in the first quarter.  Lobbyists also discussed climate change, the federal budget and tax reform.

In addition to lobbying politicians, the Council lobbied a number of agencies, including the Environmental Protection Agency, the National Security Council, the Office of Management and Budget, and the departments of Interior, Health and Human Services and Treasury, according to the report filed July 19, 2011 at the House clerk’s office.

Read The Life Cycle of the Urban Tumbleweed for information that has not been provided by the American Chemical Council Inc.

See also: 50 Surprising Products You Use Every Day That are Made From Petroleum

9 thoughts on “Plastic shopping bags are good for you – and for industry!”