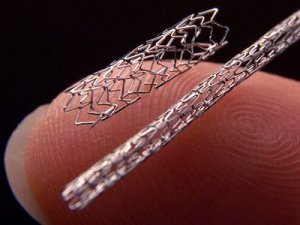 The Wall Street Journal reported this week that cardiologist Dr. David Gossman has filed a lawsuit against the hospital where he used to work as assistant director of the cardiac catheterization lab.  His suit claims that he was fired from Lahey Clinic near Boston for complaining about inappropriate ties between his hospital’s senior cardiology staff and the medical device company Medtronic.

Dr. Gossman is seeking damages for defamation and violations of the Massachusetts Healthcare Whistleblower Act, a state law that protects health care providers from retaliation for disclosing problems within health care facilities.

The suit claims that two senior cardiologists at the clinic—Dr. Thomas Piemonte, director of interventional cardiology and the cardiac catheterization lab, and Dr. Richard Nesto, chair of the cardiology department—pressured other doctors at the hospital to increase use of Medtronic products. It alleges that Piemonte earns “substantial yearly income” serving on the Medtronic speakers’ bureau and that Piemonte’s wife has had a “lengthy employment” with Medtronic and holds stock in the company.

The lawsuit claims that Medtronic offered Piemonte and the hospital:

“…access to the CoreValve, a new heart valve that will be in clinical trials in the U.S. soon, predicated on the purchase and increased utilization of other products made by Medtronic.”

It also alleges that Piemonte and Nesto told a new doctor that her low usage of Medtronic stents jeopardized the hospital’s access to cutting-edge medical technologies.

Gossman was fired after voicing ethical objections to these arrangements. He says he was fired on September 8, 2009, shortly after he had attended a lecture about medical ethics at the hospital, where he asked a hypothetical question about the hospital’s ethical position on a situation in which a medical device company approaches a hospital offering access to a new investigational device but predicates access to the device on increased utilization of other products sold by the company. He claims that later that day, Piemonte and Nesto sought negative feedback about him from nursing staff and technicians and used this to get him fired.

Medtronic has been in the news lately, most recently when it warned doctors last month that the batteries in 6,300 of its implantable cardiac defibrillators (ICDs) were inexplicably losing power.  Two years ago, the company had to issue a recall of its ‘Sprint Fidelis’ defibrillator after seven heart patients died, allegedly because the leads on the defibrillator had fractured.  Medtronic later admitted that as many as 13 deaths may have been linked to the faulty leads.

“We expect that all of our employees adhere to our very strict policies and code of conduct regarding the sale of our products.”

And a spokesperson for Lahey Clinic claimed, of course, that there was no factual basis to the allegations in the lawsuit. He added:

“Lahey has an impeccable record in the area of corporate compliance and holds itself to the very highest ethical standards in the industry. Dr. Gossman repeatedly demonstrated himself to be unsuited to the kind of behavior that characterizes Lahey Clinic. A detailed assessment was made during the summer of 2009 and the conclusion was reached that the severe problems Dr. Gossman had caused in his relationships with colleagues were beyond remedy. As such, the decision that Dr. Gossman and Lahey had to part company was made before the isolated suggestion set forth in his complaint. Dr. Gossman’s isolated suggestion played no part in his conduct-based dismissal from Lahey Clinic.”

“I can’t understand why any institution cannot utilize multiple devices from multiple companies and enjoy the benefits of having access to technologies in development from all of them. Let this be a lesson to us all – and I suspect there will be many lessons learned from this particular incident. I’m always sorry to hear about in-fighting among professionals. The patients, who should be our main focus, always lose in the end.”

Read the Wall Street Journal article, or this flattering Lahey Clinic newsletter feature about Dr. Gossman in the good old days, apparently before his ‘severe problems’ were ‘beyond remedy’.

7 thoughts on “Whistleblower: “I Was Fired For Fighting Hospital’s Ties to Medtronic””