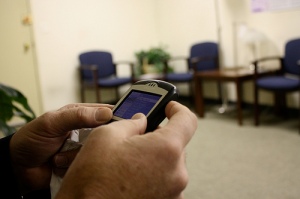 AstraZeneca’s best-selling anti-psychotic drug (over $4.5 billion in sales last year, second only to its ulcer drug Nexium), Seroquel is approved only for patients diagnosed with schizophrenia or bipolar disorder.

But the company’s alleged ‘off-label’ marketing campaign (and then doctors’ resulting widespread use of it for everything from insomnia to anxiety and Attention Deficit Disorder), has triggered over 14,000 lawsuits alleging the drug causes diabetes, hyperglycemia, neuroleptic malignant syndrome, tardive dyskinesia and uncontrollable movements among other health problems.

“AstraZeneca knew about the risk of diabetes back in 2000, but not only failed to warn physicians and patients but marketed in a way that represented there was no risk.”

Thanks to these pending lawsuits, hundreds of pages of drug reps’ call notes about their doctor visits have been made public. Though specific to Seroquel, the notes reflect industry-wide practices. They give insights into what happens behind closed doors while patients cool their heels.

It’s not a pretty picture, with sales reps laying on the ‘rewards’ and doctors complaining about late speaking honorarium payments from drug companies, and angling to get on the AstraZeneca ‘advisory board’.

Dr. Barry Turner, a professor of medical ethics in the UK, explains that Big Pharma pays for thousands of speeches by physicians each year because companies cannot legally promote off-label use of prescribed medications. The law allows drug makers to hire doctors to endorse off-label uses that would be illegal for the company itself.

“Any interaction with health care providers should be about providing information that helps them decide on the right medicines, for the right patients, at the right time.”

Oh, I’d say so. But AstraZeneca finally agreed to release call notes from before January 2004. The company’s legal settlements to its suing patients is averaging just over $200,000 so far. 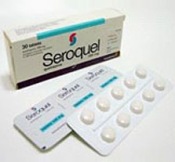 In one of the 111 documents released, an e-mail message, Richard Lawrence, an AstraZeneca official, praised Dr. Lisa Arventis, the company’s Seroquel project physician at the time, for minimizing adverse findings in a “cursed” study. He wrote: “Lisa has done a great ‘smoke-and-mirrors job!”  In another e-mail message, John Tumas, the company’s publications manager, wrote:

“The larger issue is how do we face the outside world when they begin to criticize us for suppressing data.”

He said three Seroquel drug trials had been “buried.” Referring to a fourth, he added:

“We must find a way to diminish the negative findings. But, in my opinion, we cannot hide them.”

Florida psychiatrist Dr. Guido Nodal Jr., according to his drug rep’s detailed call notes, was at first cautious about Seroquel, fearing potential links to cataracts. In late 2001, he told a sales rep he would keep the drug in mind only for “smoking sciz pts.”  Two months later, however, a second rep wrote that Nodal “loves Seroquel for the elderly.”

By year’s end, he had 15 nursing home patients on the drug, even though the  FDA made all antipsychotics warn that use in the elderly with dementia could cause death. An AstraZeneca sales rep wrote in 2003:

“Claims that he is switching patients from Risperdal to Seroquel at the nursing homes. Writing as much as he can to all patients.”

Notes show that in the interim, Dr. Nodal received gifts, cash and dinners from AstraZeneca as a ‘reward’ for his heavy prescribing habit.  He denied the giveaways influenced his prescribing. He closed his private practice last year and now works for Florida’s Department of Corrections. This agency does not allow drug reps to lobby its physicians.

News Update:  August 10, 2010: AstraZeneca has settled 17,500 Seroquel liability claims for $198 million. The drugmaker has been fighting the liability suits for some years now, ever since Seroquel was linked to an increased risk of diabetes.