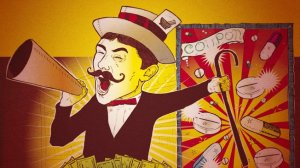 You may not expect to find an ivory tower academic whose erudite specialty is philosophy hanging out at drug marketing conferences, but that’s where you would have found Dr. Sergio Sismondo a few years ago. The professor of philosophy at my old stomping ground, Queen’s University in Kingston, Ontario, turned up at the annual meeting of the International Society of Medical Planning Professionals, one of two large organizations representing medical communications firms.

A medical communications firm is a business that sells services to pharmaceutical and other companies for “managing” the publication and placement of scientific research papers for maximal marketing impact, often  running a full publicity campaign to help sell the drug being “studied”. This is an alarmingly widespread practice in which drug companies essentially decide what your physician will end up reading in medical journals.

For example, Dr. Sismondo describes the practice like this*:

“Roughly 40% of the sizeable medical research and literature on recently approved drugs is ‘ghost managed’ by the pharmaceutical industry and its agents.

“Research is performed and articles are written by companies, although apparently independent academics serve as authors on the publications.

“Similarly, the industry hires academic scientists – termed Key Opinion Leaders – to serve as its speakers and to deliver its continuing medical education courses.

“In the ghost management of knowledge, and its dissemination through key opinion leaders, we see the pharmaceutical industry attempting to hide or disguise the interests behind its research and education.”

He added that major medical journals commonly reject 90% of more of all scientific research papers submitted for publication, while several top medical communications companies claim an 80% success rate with the industry-funded manuscripts they submit to journal editors.

So imagine that you’re a pharmaceutical company who’s keen on getting a favourable study about your drug published in a big name medical journal. You may well be tempted to bypass that ploddingly old-fashioned scientific research tradition in favour of funding your own studies, cherry-picking the most favourable results of those studies for publication (what’s known as selective outcome reporting), convincing willing academics and physicians to fraudulently lend their names as the study authors, and then hiring a medical communications company to “ghost manage” the whole process for you.

And that’s pretty well what most savvy Big Pharma marketing departments  do.  For example, Dr. Sismondo offers this chilling illustration of how it works (or, if you’re a patient, how it doesn’t work):

“Research has shown that pharmaceutical companies systematically failed to publish negative studies on their SSRIs, the Prozac generation of antidepressant drugs.

“Physicians reading the scientific literature got a biased view of the benefits of SSRIs. This helps to explain the huge number of antidepressant prescriptions, in spite of the fact that, according to a meta-analysis in JAMA in January 2010,  for 70 per cent of people taking SSRIs, the drug did not bring more benefits than a placebo.

“Compared to placebo, however, SSRI antidepressants can result in serious adverse drug reactions.”

Physician Dr. Howard Brody is the Director of  the University of Texas Institute for the Medical Humanities, and holds a PhD in philosophy; he’s also the author of the intriguing book called Hooked: Ethics, the Medical Profession and the Pharmaceutical Industry. The self-described “pharmascold” has written about Dr. Sismondo’s work, and adds his own unique perspective on this industry practice of ‘ghost management’:

“Many pharmapologists accuse pharmascolds like me of creating a straw man argument when we talk about ‘conflict of interest.’

“They claim that, after all, we are here dealing with scientists doing science. All human beings have various biases and prejudices that influence how they think and act.

“But the norms and methods of science are designed to transcend those personal quirks and assure that the outcome is valid and objective.

“The point I take away from Dr. Sismondo’s discussion is that whatever the rest of us may think about conflicts of interest and science, when one reads the internal documents of the drug industry and attends industry conferences, it’s quite clear that ‘interest’ describes exactly the way the industry thinks and behaves.

He also shares Dr. Sismondo’s conviction that the industry knows that if it wants to sell drugs using science, it has to go to great lengths to disguise this ‘interest.’

That’s why drug companies value their paid KOLs (Key Opinion Leaders) and the entire ‘ghost management’ process – precisely because other doctors can easily be made to believe that what they get from these sources is disinterested science, and not industry interest.

The reality of these paid KOLs (or “thought leaders”) is fascinating. ** (See also: “Is Your Doctor a Thought Leader?”)

Essentially, these are physicians or university academics who are seduced by drug or medical device companies to help shill their products.  Medical communications conference attendees even spend time discussing how to best manage their stable of physician-scientist KOLs.

One KOL, for example, is Dr. Michael Thase. He told his conference audience how difficult it had been for him while serving as an expert witness in a court case when the attorney for the opposing side hit him with documents describing the drug company’s “individual management plan” for him.  Thus, he said, it’s problematic when drug companies talk about “managing” the KOLs on their payroll. His presentation apparently led to a long discussion of semantics in which phrases such as “opinion leader engagement” were tossed about. Dr. Sismondo noted that there was a lot of debate on what to call this behaviour, but no one apparently suggested actually changing the behaviour itself.

(By the way, Dr. Thase knows more than most what it’s like to be on the take from Big Pharma: according to his Integrity in Science conflict of interest disclosures, this University of Pittsburgh psychiatrist has disclosed receiving cash payments from what looks like a Who’s Who of drug companies including Bristol-Myers Squibb, Forest Pharmaceuticals, Glaxo-Wellcome Inc./Cerenex Pharmaceuticals, Eli Lilly, Merck, Organon, Pharmacia & Upjohn, WyethAyerst, Parke-Davis Pharmaceuticals, SmithKline Beecham, Solvay Pharmaceuticals, Cephalon, Cyberonics, GlaxoSmithKline, Novartis, Organon, Pfizer, and Wyeth. One might, in fact, wonder if there exists a drug company that Dr. Thase has not yet agreed to take money from?)

Dr. Brody adds that there is much talk at these medical communications meeting about the topic of ethics.

“But it’s not the sort of ethics I learned about in philosophy grad school, but rather a corporate-compliance model of ethics: just tell us what the rules are and then leave us alone to get about our business.

“The possibility that ‘ethics’ means that this business should not be conducted at all was not, apparently, an acceptable answer.”

Dr. Sismondo describes the most intriguing presentations at the medical communications meeting he attended. These were from the actual real-life editors of the medical journals who publish these industry-funded research papers. This was their message to the anonymous medical writers who create the journal articles that other people will attach their names to:

Medical journal editors, it is widely presumed, will further admit candidly that with all the dreck they have to read that is spewed forth by academic physicians who have no writing skills whatsoever, it’s often a great relief to turn to an article written by a commercial medical writer who actually knows how to put sentences together.

Here’s how Dr. Sismondo summarized the current state of affairs:

“In the ghost management of medical research by pharmaceutical companies, we have a novel model of science.

“This is corporate science, done by many hidden workers, performed for marketing purposes, and drawing its authority from traditional academic science.

“The high commercial stakes mean that all the parties connected with this new science can find reasons or be induced to participate, support, and steadily normalize it.”

** KOL = Key Opinion Leaders:  A KOL (aka “thought leader”) is a well-known medical specialist, highly regarded by peers, who can influence other physicians, and who has experience with the drug/device/product. Thus the KOL is defined by being able to act as a mediator between companies and physicians. In practice, the term is only applied to specialists who are already financially enmeshed in relationships with pharmaceutical companies, not to fully independent specialists who merely have the potential to mediate.

11 thoughts on “A philosopher’s take on Big Pharma marketing”