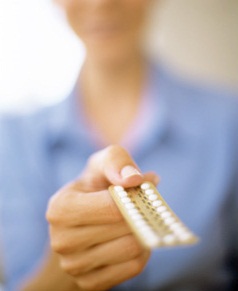 Dr. Sidney Wolfe is the founder and Director of Health Research at the consumer advocacy group Public Citizen, and is also the author of the  consumer guide called “Worst Pills/Best Pills”.  Among the drugs mentioned in this guide under the “worst” section are birth control pills containing the synthetic hormone called drospirenone, listed with cautionary warnings “due to the increased risks of blood clots, heart attack, stroke, sudden cardiac death, or gallbladder injuries”.  An article posted on the Worst Pills website revealed that studies funded by the drug industry found lower risks of blood clots than did studies that were publicly funded.

There are, in fact, over 10,000 individual lawsuits pending over injuries and deaths related to drospirenone/ethinyl estradiol tablets. You may know them better as Yaz (or Yasmin in Canada), as well as Ocella (generic Yasmin). New safety warnings published last April in the British Medical Journal now suggests a two to five-fold increased risk of thromboembolic or blood clot-related injuries in women taking birth control medications that contain drospirenone, which generally provide no greater benefits than those seen with older, safer birth control pill formulations without drospirenone.

Meanwhile, Dr. Wolfe happened to also serve on an FDA advisory panel that was meeting in December 2011 to determine if the benefits of drospirenone-containing birth control pills outweighed these increasingly alarming concerns about the pills’ side effects  But when the FDA found out about Dr. Wolfe’s prior consumer guide warnings about drospirenone, the agency told him that he would not be allowed to vote at this meeting because of this apparent conflict of interest.

So far, this story seems perfectly reasonable – until you find out that four other members of the FDA advisory panel had reported receiving money from Bayer, the company that makes Yaz and Yasmin.  The difference: all four were allowed to vote on whether these drugs were safe.

So you do the math.

“We think the reasoning that the FDA used to disqualify (Dr. Wolfe) from being a voting member was not logical, and would lead to excluding anyone who had formed a scientific opinion about whether a particular drug should be or should not be approved for marketing, given the risk/benefit profile.”

Dr. Carome also said it was a “great frustration” that Dr. Wolfe was banned from serving on the committee for a supposed intellectual conflict but the other four panelists were allowed to serve even though they appeared to have financial conflicts of interest.

All four members had apparently reported their industry ties to the FDA, which determined that the conflicts did not preclude the members from participating and voting in the meeting. The agency did not issue waivers for those members that would allow them to participate despite their known biases, or make the disclosures public in any way, an investigation by the British Medical Journal and the Washington Monthly has revealed.

One of the four panel members in question – in fact, the panel’s acting chairwoman – was Dr. Julia Johnson, who revealed that she had not only received money from the German drugmaker Bayer, but had also conducted four clinical trials for the company, including one involving drospirenone. She was allowed to stay and vote.

This isn’t the first time FDA advisory panel members have been under scrutiny because of their industry-funded conflicts of interest. In 2004, controversy erupted over another FDA advisory hearing – this one involving Merck’s deadly painkiller Vioxx – when it became clear that FDA advisors with financial conflicts of interest were more likely than those without conflicts to vote that Vioxx was safe and should be allowed to stay on the market.

The drug was ultimately withdrawn after a study showed it was associated with approximately 60,000 deaths. In the April 16, 2008 issue of the Journal of the American Medical Association,  Merck was reported to have employed “guest authorship and medical ghostwriting” to make it appear that research done by its own employees or contractors was the work of scientists at medical schools and universities. That presumably gave the findings more credibility when they were ultimately published in medical journals, boosting Vioxx’s profile in the crowded painkiller market.   See also: Merck Paying Off 3,100 Families for Heart Attack/Stroke Deaths Linked to Vioxx Painkilling Drug

In 2008, in response to the uproar caused by the JAMA findings as well as by the 2004 FDA financial conflict of interest scandal, the FDA issued new guidelines on how to handle conflicts of interest among its own advisors, stating that it wanted to “reduce bias” and to be “more transparent.”    See also: How a New Drug is Approved.

Financial conflicts of interest aren’t the only controversy surrounding the Yasmin and Yaz meetings. Just days before this December meeting, court documents were unsealed in which former FDA commissioner Dr. David Kessler accused Bayer of hiding data on the blood clot risks associated with Yaz and Yasmin, and engaging in “extensive off-label promotion” in order to increase drug sales.

Consider that this is the same FDA that, as part of a rare 2009 crackdown on deceptive consumer drug advertising, ordered Bayer to run a massive ad campaign to correct its previous misleading Yaz marketing.  At that time, FDA regulators told The New York Times that the Bayer ads had “overstated the drug’s ability to improve women’s moods and clear up acne, while playing down its potential health risks”.

Under a settlement with the FDA and 27 American states, Bayer agreed to spend at least $20 million on this new campaign, and for the next six years to submit all Yaz ads for federal screening before they appear publicly in an effort to “clean up misleading advertising in the marketplace.”

According to the Times, the early ads were aimed primarily at women in their 20s, Yaz has been known for its slogan – “Beyond Birth Control” – which promotes it not only for pregnancy prevention but as a lifestyle drug. While these ads ran in 2008, annual sales of Yaz in the United States alone increased to over $616 million from about $262 million the year before.

In one of the Yaz commercials cited by the FDA, with the song “We’re Not Gonna Take It” by Twisted Sister playing in the background, a series of young fashionably dressed women kicked away or punctured floating signs with labels like “irritability” and “feeling anxious.” Meanwhile, a voiceover promoted Yaz as a “pill that goes beyond the rest,” with benefits like the ability to maintain clear skin.

By giving consumers the impression that Yaz was generally a drug for acne and general mood problems, the company’s ads ran afoul of federal laws against promoting the unapproved uses of a drug, the FDA reported at the time. The agency had approved Yaz in 2006 as a birth control pill that has a side benefit in treating mood-related psychological problems called premenstrual dysphoric disorder.

But long before then, back in 2003, the FDA had also sent a warning letter faulting ads for Yasmin, the precursor to Yaz, for implying that those pills were superior to other oral contraceptives and for minimizing risks specific to the drug.

In 2010, Bayer agreed to put additional risk warnings on Yaz/Yasmin in the U.S. as well as in Europe. Although sales have slipped, following Bayer’s $20 million dollar FDA-approved ad campaign, Yasmin remains the top-selling oral contraceptive in the United States.