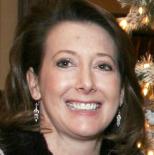 An American jury has awarded $15 million to an Oklahoma City physician who suffered botulism poisoning after using the popular anti-wrinkle drug Botox – the trade name for botulinum toxin, type A, which has been described by the Journal of the American Medical Association (February 28, 2001, 285: 1059-1070) as “the most poisonous substance known.” The jury found that Allergan Inc., the maker of Botox Cosmetic, was negligent. Jurors voted 10-2 to give 48-year old Dr. Sharla Helton $15 million in actual damages. Her response to the negligence verdict:

“Hopefully, people will wake up to the real dangers. It’s a stepping stone for now for public awareness.”

Dr. Helton, an Oklahoma City obstetrician and gynecologist, complained of severe side effects after getting injections of 50 units of Botox in 2006. It was her fifth treatment for wrinkles. She eventually had to quit her medical practice, and stepped down as medical director of Lakeside Women’s Hospital in Oklahoma City because of pain and weakness. She says she is still debilitated by weakness but hopes to get back to practising medicine again in some way.

“We are convinced there are a great number of Botox victims that have not yet associated their symptoms and illnesses with their use of Botox. I think there are a lot of people out there who have been hurt by this product and maybe now they’ll have the courage to come forward.”

A key issue in the Helton trial was whether Allergan gave sufficient warning in product labelling about possible problems from Botox Cosmetic use. The labelling in 2006 did not include botulism warnings.

Chester told jurors about Allergan in his closing arguments earlier this month:

“All they care about is sales. They were intentionally concealing this evidence.”

Allergan has clearly smartened up their warning labels since then. The Botox website now warns of these possible side effects:

Is it just me who wonders if the very real risk of suffering such truly frightening side effects from injecting a neurotoxin right into your face is enough to convince the average intelligent person that it might be better to just learn to love your wrinkles?

Allergan’s drugs and other products are sold in 100 countries via direct sales and distributors. Their first-quarter total sales this year hit $1.1 billion, with Botox sales, part of its specialty pharmaceuticals segment, increasing 11% to $331 million. The company’s Chief Executive David Pyott told the Orange County Business Journal:

“Botox, once again, has been the most resilient product through the recession.”

Allergan also sells implants used in breast augmentation and weight-loss surgery devices. But the company’s been working extra hard to boost sales of three blockbuster products, all ones that patients pay for out of their own pockets:

But even though over 10 million surgical and non-surgical  cosmetic procedures were performed in North America last year, those overall sales totals numbers are slightly down from previous years.

And it looks like there may actually be some kind of a Botox backlash in the works. The Huffington Post’s Darryle Pollack wrote an article this month called Plastic Makes Perfect: Has Cosmetic Surgery Reached a Tipping Point?

Pollack cites, for example, growing reports from film industry casting directors who claim they are now rejecting actresses with breast implants, fish-lips or immovable Botoxed faces – in favour of those who look more “real.”

But I particularly support Pollack’s growing concern about the essential message that those who perform such procedures are sending us – both men and women. She writes:

“My major gripe is the message being sent: insidious insecurity invading every age group – girls at ridiculously young ages already obsessing over their ability to attract; young moms worrying about getting their bodies back before getting the baby home from the hospital. No one seems immune – even those of us who are older and wise enough to know better.”

Interestingly, at the same time, the spread of high-definition television coupled with a curious public’s trained eye has made it easier for us to spot a celebrity’s badly stitched hairline, hideously swollen lips, or botched forehead injections. The point is: like spotting a cheap toupé, we can all tell.

But that’s not enough to dissuade purveyors of the Botox “liquid facelift” from coming up with creative and sometimes truly loopy customer incentives, like the spa in Arlington, Virginia that offered free Botox injections and free career counselling to the first 50 customers to come in with proof of unemployment. You can also apparently order Botox (illegally) on eBay for DIY injections at home, too.

Coincidentally, the Wall Street Journal reported last year that as much as one-third of all Botox sales are from uses for which it has not been approved by the American Food & Drug Administration.

In an inexplicably ballsy move, Allergan actually sued the U.S. government in October, saying a law forbidding it from giving physicians information about illegal, unapproved off-label use violates the company’s right to free speech. For the record, it is illegal for drug makers to market medicines for uses that haven’t been approved for safety and efficacy by the FDA, but doctors are actually free to prescribe drugs for off-label usage as they see fit.

And meanwhile, back in California, Allergan now plans to appeal the $15 million award in the Helton decision.

What do you think?