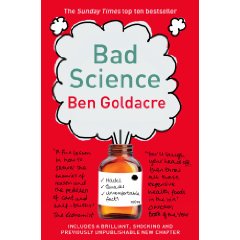 “In 2007, the British Medical Journal published a large, well-conducted, randomised controlled trial, performed at lots of different locations, run by publicly-funded scientists.  It delivered a strikingly positive result.  It showed that one treatment could significantly improve children’s anti-social behaviour. The treatment was entirely safe, and the study was even accompanied by a very compelling cost-effectiveness analysis.

“But did this story get reported as front page news? Was it followed up on the health pages, with an accompanying photo feature, describing one child’s miraculous recovery, and an interview with an attractive happy mother with whom we could all identify?  END_OF_DOCUMENT_TOKEN_TO_BE_REPLACED