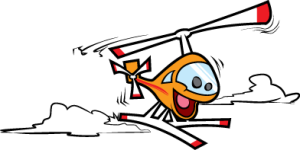 Pfizer Inc., the largest pharmaceutical company in the world, paid an American physician $4,000 a day to promote the anti-psychotic drug Geodon, and expensed his use of a private helicopter to get him to speaking events that the company booked for him, according to a whistleblower lawsuit. The suit was one of several that led to a recent record-breaking $2.3 billion judgement against Pfizer to settle allegations made in multiple whistleblower lawsuits that the pharmaceutical giant defrauded Medicare, Medicaid and other government-funded health care programs in connection with its market practices for four of its drugs.

The settlement is the largest whistleblower, or qui tam, settlement in U.S. history.  Pfizer agreed to plead guilty to criminal conduct and to pay $2.3 billion in criminal and civil fines.

Mark Westlock of Missouri was a sales rep for Pfizer from 1991 to 2007. He alleges that Pfizer paid psychiatrist Dr. Neil Kaye $4,000 daily speaker fees to talk to other doctors about “the off-label use of Geodon in adolescents,” among other issues.

Now, if I were Dr. Kaye, I’d now be some mad, as Newfoundlanders like to say here, because he no doubt was unaware that competing drug giant Eli Lilly was generously paying its own stable of hired docs up to $50,000 per speech, according to reports about 60 doctors on Lilly’s payroll, revealed last month in the Boston Globe.  END_OF_DOCUMENT_TOKEN_TO_BE_REPLACED