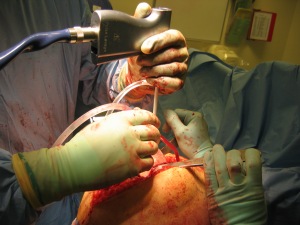 I like to think that most surgeons are very brainy people. You don’t get through all those years of university, med school and residency unless you’re able to understand instructions. Yet that’s what a puzzling 29% of orthopedic surgeons were apparently unable to do, according to a conflict-of-interest study reported in the New England Journal of Medicine.

It all started when, in order to avoid facing legal action, several companies who manufacture hip and knee implants agreed in 2007 to publicly disclose about $270 million worth of cash payments they’d made to orthopedic surgeons.

This agreement was part of a U.S. Justice Department investigation in which prosecutors accused these companies of violating anti-kickback laws by paying the physicians to use their products. This concerned the researchers, who said they felt a duty to alert the public to potential conflicts of interest that may colour how doctors treat patients when docs are on the take from product manufacturers.  END_OF_DOCUMENT_TOKEN_TO_BE_REPLACED