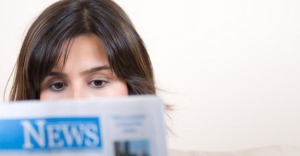 As I wrote recently here at Ethical Nag World Headquarters, I must admit to a certain frisson of perverse fascination whenever I encounter glaring examples of inept issues management playing out in the media. Nothing gets us public relations folks higher on fizzy adrenaline than second-guessing what could have/should have been done to better handle a high-profile and entirely preventable public relations mess. As a three-decades+ veteran of the trenches in corporate, government and not-for-profit PR, and as someone who has taught classes in Reputation Management and Crisis Communications, I’ve been following  a few of my recent perverse favourites:

Air Canada is facing questions about a dog that our national airline lost, and more importantly, about an email from one of the airline’s PR spokespeople dismissing the need to respond to any media inquiries about how the lost dog disappeared while in its care. The dog in question, Larry, a two-year-old Italian greyhound, went missing in the San Francisco International Airport recently while en route to his new Canadian home in Campbell River, British Columbia.

The TV station CBS13 Sacramento posted on its website a message to the station from Peter Fitzpatrick, Air Canada’s head of corporate communications (for Ontario, Manitoba, USA & South America) – a message apparently sent in error, suggesting that the airline should not follow up on any media questions about how Larry went missing from the airport:

“I think I would just ignore, it is local news doing a story on a lost dog. Their entire government is shut down and about to default, and this is how the U.S. media spends its time.”

Fitzpatrick later attempted a desperate do-over, providing a statement to CBC News here in Canada in response to questions about the loss of Larry, and his own unfortunate email sent to CBS13:

“Air Canada acknowledges inappropriate comments were made to a reporter’s followup questions regarding Larry. Air Canada has been providing the best available information to media on this matter. However, these comments do not refer to the search for Larry by Air Canada employees that is ongoing, or our interest in returning him safely.”

Responding to the controversy over his comments, Fitzpatrick told The Toronto Star newspaper:

“I guess I’m the poster child now for Be Careful With Your Email.”

Q:  What were they thinking?    A:  EARTH TO PETER FITZPATRICK: You apparently forgot that you’re supposed to ask yourself how you’d feel about having your stupid comments appearing first (A) on the nightly newscast and then (B) reTweeted around the globe. Congratulations, Pete – that’s what’s happened here.  P.S. No word yet on Larry’s fate, although a number of theories suggest Larry may have been hit by a car after escaping from SFO. The dog was last seen at the Air Canada cargo area, a few blocks from the airport terminals. Crews said at the time that the dog took off toward the employee parking lot and Highway 101. UPDATE: October 26, 2013: Jutta Kulic said she received a call earlier this week from a veterinary hospital in San Francisco which treated Larry after a Good Samaritan found the dog on a highway the same day it disappeared, and brought it in. Larry was badly injured and was put down, said Kulic.She added that Air Canada agreed to cover the veterinary hospital’s expenses.

2.  A little old blind lady is sent home alone from the E.R. in the middle of a rainy night

Vivian Fitzpatrick (no relation to Air Canada’s Peter, I suspect) is a 90-year-old blind woman who told reporters that she was shocked when staff at Delta Hospital near Vancouver called a taxi in the middle of the night and sent her home alone from the E.R. in the rain – shoeless, dressed only in her pajamas and bleeding. She’d been taken by ambulance to the hospital hours earlier because of high blood pressure, a headache, pain in her leg, and nausea. But after doctors couldn’t find anything wrong, she was discharged at around 2 a.m. the following morning.  Mrs. Fitzpatrick later told the media:

“There wasn’t anybody in Emergency waiting for a bed. The hospital was quiet. I couldn’t figure out why they couldn’t wait another four hours so I could phone my daughter and tell her to get some clothes and drive me home.”

When the story of Mrs. Fitzpatrick’s case went public, garnering headlines and widespread condemnation, Dr. Nigel Murray (the CEO and president of the local Fraser Health Authority responsible for Delta Hospital) declined to comment on the incident at first, instead actually calling her story an example of “good clinical practice and common sense”, and then adding this laughable non-sequitur:

“Common sense includes good clinical judgment, and some patients do better at home, some people stay in hospital, and that’s what our clinical experts are trained to do. When the decision is made to discharge a patient, this process is taken very seriously, and appropriate plans are made to support each person’s individual needs.”

To which Mrs. Fitzpatrick’s daughter Paddy Munro (listed as the patient’s primary contact, but who was not contacted by the hospital about her mother’s hospitalization) responded:

“Appropriate plans are made? There were NO plans. I am the contact person and if they had contacted me, I don’t think we would have had as much of a story here.”

Much later however, under growing public outrage over the hospital’s treatment of this elderly patient (did I mention she was 90 years old? Blind? In her pajamas? With no shoes on? And sent home wrapped only in a bloody sheet at 2 a.m. on a cold rainy night?), a hospital administrator explained to the media (thus making a bad situation really bad) that the Emergency Department can be a dangerous place for a blind person, who might trip over something and fall down.  Thus, far better to send her home in the middle of the night, I guess.

When that “explanation” failed to calm the waters, a written statement from a newly-enlightened Fraser Health Authority was finally  issued, this time with a significantly  revised message:

“This is a very unfortunate incident and Fraser Health has apologized to the family for any inconvenience and distress this may have caused. We can reassure the family and the public that we are taking this very seriously.”

Q: What were they thinking?   A:  A couple of culprits here, starting with the Emergency Department staff who apparently did not call the patient’s primary contact (the daughter), and who seemed utterly ignorant of the basic PR premise of “optics”. EARTH TO ALL HOSPITAL STAFF:  it looks bad when you send any 90-year old blind, barefoot patient home alone in the middle of a rainy night wrapped in a bloody sheet. Don’t do this. Ever. And Fraser Health Authority CEO Dr. Nigel Murray’s first inclination to address media inquiries with meaningless bafflegab was doubly unfortunate; describing an incident that would infuriate any thinking person as somehow being “good clinical practice and common sense” indicated a profound lack of said common sense. My counsel: Don’t put Nigel Murray in front of a media microphone again.

Dr. Danielle Lee is a biologist and Urban Scientist blogger at Scientific American, who writes about increasing science’s engagement with women and people of colour. When someone named Ofek, the blog editor of Biology-Online.org (a “partner site” with the venerable Scientific American) emailed her to ask if she’d like to also contribute blog articles to their site (for free), Dr. Lee politely declined by email, like so:

“Thank you very much for your reply. But I will have to decline your offer. Have a great day.”

To which Ofek responded:

“Because we don’t pay for blog entries?

“Are you an urban scientist or an urban whore?”

You might think that’s pretty inappropriate, calling a professional scientist a “whore” just because she declines a generous offer to contribute unpaid articles to a site she’s barely even heard of. In fact, in her YouTube response to Ofek, Dr. Lee told him she’d never heard of his organization, nor had any of her colleagues in science blogging whom she’d consulted.

So Dr. Lee wrote a SciAm blog post on Urban Scientist about this shocking email encounter, the insult, and why all of it matters to women in science. She said, in part:

“It wasn’t just that he called me a whore – he juxtaposed it against my professional being:   ‘Are you an urban scientist or an urban whore?’ – completely dismissing me as a scientist, a science communicator (whom he sought for my particular expertise), and someone who could offer something meaningful to his brand.”

But as Maryn McKenna described in her follow-up Wired column about the incident, things were about to take an unexpected turn for the worse for our Dr. Danielle Lee.

On the same day she posted this blog article, Scientific American (for whom Dr. Lee had been blogging for the past two years) deleted her post without letting her know why they were doing it.  We know the deletion was deliberate, writes Maryn McKenna, because Mariette DiChristina, SciAm’s editor-in-chief, confirmed it.  As McKenna wrote:

“SciAm should have censured their partner, and made it clear that they do not support a scientist, a professional woman, any woman being called a whore ever — let alone by a representative of a site with which SciAm has a relationship.

“What’s happened instead is that SciAm has silenced a blogger, implicitly criticized her, and explicitly not criticized a partner representative who abused one of their own people.”

Q:  What were they thinking?  A:  First culprit, of course, is Ofek, the numbskull bully from Biology-Online.org whose mother apparently never taught him not to call people names when he doesn’t get his way.  (BiologyOnline.org subsequently apologized and announced on their site that his employment had been terminated because of this specific incident – the only common-sensical decision in the entire story).

The second is Scientific American, whose editors seem profoundly ignorant about the public relations consequences of trashing said article based on flimsy quasi-legal excuses. (Editor-in-chief DiChristina, for example, in her quasi-sincere apology (kind of) took a couple of days to claim that apparently there just hadn’t been time to contact Dr. Lee directly to tell her why her article had been spiked. But, really, how long does it take to send Dr. Lee a one-line email?)  SciAm essentially decreed that Dr. Lee’s reaction to the “whore” comment was to be excluded from discussion within the scientific community. What the SciAm editor-in-chief should have done instead was to sever all SciAm corporate ties to BiologyOnline.org (who almost immediately confirmed Dr. Lee’s description of events). Dr. Lee’s post on Scientific American should have never been taken down. SciAm finally did republish it after enduring a growing online firestorm of protest. This delay in doing so, however, guaranteed precisely the negative attention one normally seeks to avoid in the field of reputation management.

To prove that there is indeed a science god, however, a remarkable outpouring of solidarity from pissed off scientists worldwide emerged spontaneously in online columns as well as on Twitter under the hashtag #StandingWithDNLee. And this movement then surprisingly morphed into an unrelated sexual harassment admission and apology ostensibly written by Scientific American’s own Chief Editor and Community Manager of the SciAm blog network, Bora Zivkovic. He’d just been publicly outed by science writer Monica Byrne about her spectacularly creepy interchange at the hands of the editor. His public apology included the since-disproven claim that the Byrne incident was a “singular, regrettable event” and that his creepy behaviour has not happened “before or since” – even though a number of other women have now come forward (here and here) with similar reports.  Further investigations continue, and awareness of pervasive sexual harassment within science has exploded online. UPDATE: October 18, 2013: Bora Zivkovic has resigned from Scientific American.

That’s about all the unfortunately boneheaded PR examples we can take for one day.