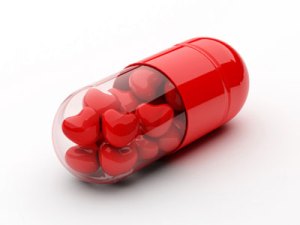 I have a bone to pick about multi-purpose cleaners. Although the product I bought claims to work on all washable household surfaces including dirty windows, kitchen counters, greasy stovetops or hubcap grime, the truth is that, generally speaking, the product does a mediocre job addressing any one task, and a good job at none of them. As convenient as a multi-purpose product sounds, it simply makes better sense to tailor one’s tools for the task at hand.

Which reminds me: why we are we still talking about this cardiac polypill idea? Granted, I am merely a dull-witted heart attack survivor, but I can’t possibly be the only one feeling ever-so-slightly squirmy about the resurgence of  the polypill. It’s a single pill made up of a combination of other pills to reduce heart disease risk, designed for widespread use by all adults over 55 years of age as well as everyone with existing cardiovascular disease.  And it  just might be the multi-purpose cleaner of cardiology.

You might think that I and other heart patients would be keen on any miracle drug that purportedly prevents heart disease from happening in the first place, but I am not.

Kentucky electrophysiologist Dr. John Mandrola, an outspoken advocate for the cardioprotective benefits of regular exercise and heart-smart eating, might be feeling equally squirmy, based on his own assessment of the polypill last summer:

“If you don’t have heart disease, the best way to avoid getting it is so simple, so easy to understand, and so not up to your doctor.

“I am taking a stand: put me down as strongly against the idea of a polypill.“

Thank you, Dr. John, for your cautionary voice of reason here, by the way. But is anybody out there listening to you?

Health journalism watchdogs over at Media Doctor Canada are. Their similar conclusion in a 2009 review of the breathless thrill of polypill media hype was this:

“The concept of mixing different compounds into one pill is very poor medicine. It doesn’t permit physicians to customize the dose for specific patients depending on the patient’s specific risk factors.”

Dr. Robert Bonow, past president of the American Heart Association and co-director of the Bluhm Cardiovascular Institute at Northwestern University in Chicago, is also paying attention. He told an ABC World News interviewer last year that a one-size-fits-all polypill approach would likely fall short:

New Zealand researchers* who investigated a polypill in 2011 also identified drawbacks to this concept:

“Theoretically, the polypill could cut the number of people with heart disease significantly. However, the idea has never been thoroughly tested in practice. There are several obstacles.

“Many healthy people would be reluctant to take a pill every day. One of the medicines used to lower blood pressure isn’t suitable for people with asthma. And even the relatively safe drugs in the polypill cause some side effects. The predicted cardiovascular risk is moderately lower than previous estimates, and the side effect rate is moderately higher.”

When I attended the 64th annual Canadian Cardiovascular Congress in Vancouver, I noted that a featured polypill presentation highlighted the conference agenda.

Dr. Salim Yusuf, a cardiologist, Professor of Medicine at Canada’s McMaster University, and polypill cheerleader, presented this gushing endorsement of the polypill concept to thousands of cardiologists in his conference audience:

“We have to think of the polypill not as a pill, but as part of a strategy to completely change our approach to prevention. Instead of saying lifestyle first and drugs next, why don’t we say that drugs are the basis, then get the patients contemplating prevention, and then get them to modify their lifestyle. Maybe that will work, because the reverse strategy hasn’t.”

Dr. Yusuf predicted that we can reduce the global incidence of cardiovascular disease by at least 50% over the next 25 years by using prevention strategies like the polypill.

The polypill approach, he claimed, represents “a very real and simple solution to the rampant underuse of cardiovascular drugs in many nations.” He pointed out just how underused drugs are that could prevent heart disease and stroke: the lower the income of a country, the greater the likelihood people are “not taking any preventative medications”. But even in wealthy countries like Canada, uptake of proven therapies in patients with cardiovascular disease is “not optimal”. A polypill could thus help address this “global failure” to prevent heart disease.

Dr. Yusuf also believes that “physicians need not be the only ones dispensing the polypill” – just as non-medical workers have been used to control epidemics of infectious disease elsewhere. For example:

“When they find adults 50 years of age and older with one cardiovascular risk factor, [they could] order the polypill.”

While I pick myself up off the floor as I recover from hearing a man with the letters M.D. after his name saying things like “lifestyle first and drugs next” is the wrong order for patients, consider this brief history of the polypill:

Two British professors from Queen Mary University first coined the term ‘polypill’ in 2003. Their idea was that all men over 55 would take a daily pill containing aspirin, a statin drug to lower cholesterol, and several different drugs to lower blood pressure – a one-stop shopping spree for the primary prevention of heart disease in healthy adults. Easy-peasey – one pill to replace a handful of pills.

What’s not to love here?

How about the fact that healthy middle-aged people would be taking a drug every day for the rest of their natural lives?

How about the fact that famous cardiologists like Dr. Yusuf and others are actually lamenting the “rampant under-use” of pharmaceuticals while actively dismissing proven lifestyle improvements as the first line of heart disease prevention?

How about the fact that Dr. Yusuf is actually saying that “non-physicians” can be trusted to identify potential polypill customers and can then prescribe polypills for those with just one cardiovascular risk factor?

How about the fact that, as Dr. John Mandrola reminds us:

“Pills should never be the basis of preventing heart disease.”

2 thoughts on “The cardiac polypill: why are we still talking about this?”